Firing Up The Bases, Part 1

We are in a phase of the presidential campaigns where it's easy to see each party trying to energize its key constituencies. At this point, each party seems focused more on firing up the faithful than on winning fence sitters.


On the left, you can see the deliberate mobilization of several key groups over the last few months:


Women - Remember the birth control debate in the early Spring? Rush Limbaugh calling Sandra Fluke a slut because she supported mandating insurance coverage of birth control? Granted, Republicans walked right into this one. But that's just who they are. They say crazy stuff so frequently, you can take your pick of which outrage to organize against. And sure enough, Democrats used the moment to mobilize support and remind women that Republicans want to dial back gender equality to at least the 1950s. It wasn't long before the polls started to confirm Obama's big advantage over Romney with women voters.


LGBT Community - Obama's endorsement of gay marriage may have been the single biggest thing he could have done to energize LGBT activists before the election. On some level, it had to be a calculated decision by the White House: energize our supporters at the cost of energizing our opponents. The difference was that the ardent opponents of gay marriage were already excited to vote against Obama, whereas many of the supporters were growing disillusioned with the president. This was a big net win for Democrats. Add to that the repeal of DADT, and this election has become a stark choice for LGBT activists.


Latinos - Obama's new policy halting deportation of undocumented young people who were brought to America before they were 16 comes with perfect political timing. He's right when he says it's the right thing to do period, but it's also the right thing to do when you're trying to ride the country's shifting demographics to reelection. Romney and the Republicans have no answer for this. They can't appeal to Latino voters without depressing the racist core of the GOP, the source of much of their grassroots energy.


In a follow-up post, I will talk about why it's more challenging in 2012 than in past elections for the Republicans to fire up their own base. For now, check out this graphic that has been making the rounds in conservative circles on Facebook: 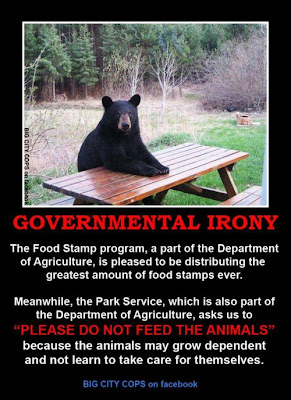 There's been a lot of hand-wringing on the left lately about Romney's fundraising numbers. The Romney campaign outraised the Obama campaign in May, and progressives are baffled. "What happened to the huge money advantage we had in 2008," they ask.


But why did Obama do so well fundraising in 2008? Because everyone, including big business, knew he was going to win. If the Democrat is bound to win, you might as well try to buy them off, so the thinking goes on Wall Street. But if the race is going to be close, then why not back the Republican, who won't just do your bidding but who believes in doing your bidding?


There are two main reasons why progressives should not mourn the latest fundraising numbers:


2)  We don't necessarily need more money than Romney. In the Fall, the airwaves are going to be saturated with political ads.  There comes a point of diminishing returns. How many hundreds of millions of dollars worth of 30-second spots do you really need? The Obama campaign is not going to fail to get its message out. The president has the biggest bully pulpit in the world, and cheap social media and viral campaigning are going to be many times more important in 2012 than they were in 2008.


Finally, and I haven't done the research to back this up, but I think the fundraising we are seeing now doesn't include as many small donors as it will in later months.  And I suspect that Obama is going to have a big advantage among small donors.


But my bottom line is that Obama should win this election with the sweat equity of millions of volunteers, with phone banks, voter registration drives, and canvassing. Gobs of money won't hurt, but in the end it won't matter if Romney has bigger gobs. Besides, we need to be careful where our gobs of money come from and how they can change our party.
Posted by Dave at 8:57 PM 3 comments: 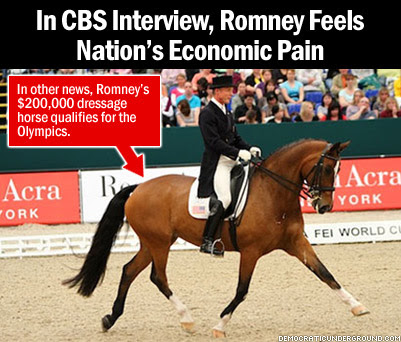 
If you are quarter-billionaire Mitt Romney, here is a conversation you don't want undecided working class voters in Ohio having in July:


"Romney declared how much of a loss for that horse on his taxes?"

"You know, it's the thing where millionaires and billionaires watch a guy in a top hat and coat ride around on a dancing horse that costs more than my house."

Seriously, I bet Mitt wishes right now that his wife had picked a different hobby.
Posted by Dave at 6:47 PM 2 comments: 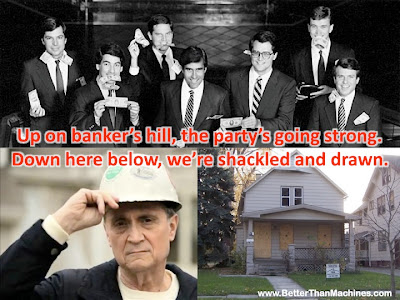 The line comes from a Bruce Springsteen song, "Shackled and Drawn," on the new album, "Wrecking Ball." Give it a listen.
Posted by Dave at 9:09 PM No comments: 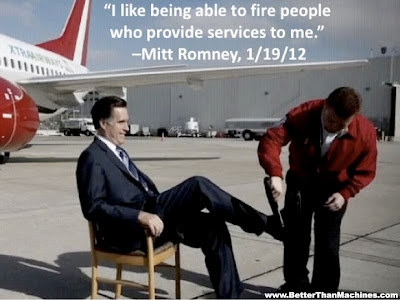 Mitt just exudes that "guy I'd like to have a beer with" quality, right?
Posted by Dave at 9:50 AM 1 comment:

This Is Their 'Most Electable' Candidate?

Ok, here's to jumping right back in...
During the early stages of the Republican presidential primary, I was, like many Obama supporters, rooting for "anyone but Romney." I pulled for Michele Bachmann, Rick Perry, Newt Gingrich, and most recently Rick Santorum. I agreed with the general zeitgeist that Mitt Romney was the most electable of all the GOP candidates in a general election.
I no longer think this is true. This really has been a bruising primary for the GOP, quite unlike the Democratic primary of 2008, which I think made Obama a better candidate and helped build his national campaign organization. At this point, I think even Republicans are sick of or bored with Mitt Romney. I was surprised to see polls showing that Obama already enjoys an "enthusiasm gap" over all three of the leading GOP candidates. They've been campaigning for months (while Obama's been presiding over a sluggish economy), yet Obama's supporters are still the ones who are more excited about the coming election. That doesn't demonstrate a Republican Party confident about unseating an incumbent president.
But the main reason I'm less impressed with presumptive nominee Romney? He has turned out to be even more awkward and out of touch with ordinary people than I had expected. Granted, it has been part of Team Obama's strategy to play this up. (Remember when Obama campaign staffers talked about attacking Romney for being "weird?") But it doesn't exactly take a political genius to identify the weirdness in Romney.
Here's a quick highlight reel:
The Republicans are about to nominate Mr. Wall Street himself in an age that gave rise to Occupy Wall Street. Wrong guy. Wrong year.
Now I think that the importance of personality and individuals in politics is usually overestimated. Bigger forces are at work. Economics, demographics, and social movements are like shifting tectonic plates beneath the electoral landscape. Good candidates have lost, and bad candidates have won for reasons much bigger than whether or not someone is "weird." But in a close election, little things can tip the balance. The weirdness of Mitt may be one of those things.
That's all I've got for now. More to come about the Republican primary and how I see the general election shaping up, so stay tuned.
Posted by Dave at 8:14 PM 3 comments:

Any Stick Will Do

There are now Occupy encampments in the center of every major city of the United States.

So given that murders and other crimes inevitably happen in these cities, the corporate press has taken to reporting in its headlines things like, "Man Killed Near Occupy Protest," as though there is a connection between the two events other than things that are happening in big cities right now.

"Skyscraper Going Up Near Occupy Camp," as though the protesters had built it;

"Sewage Construction Begins 3 Blocks From Occupiers," as though the protesters had planned it;

"Cold Front Moves In After Occupiers Demand 'Tax The Rich,'" as though the gods were angry with the protesters.

The 1%, and the establishment that serves them, have failed at other ploys to marginalize the Occupy movement. This is just their latest lame attempt.

Where We Get Our Name

"We were nervous and we didn't know we could do it. Those machines had kept going as long as we could remember. When we finally pulled the switch and there was some quiet, I finally remembered something... that I was a human being, that I could stop those machines, that I was Better Than those Machines
anytime."
--Sit-down striker, Akron, Ohio 1936